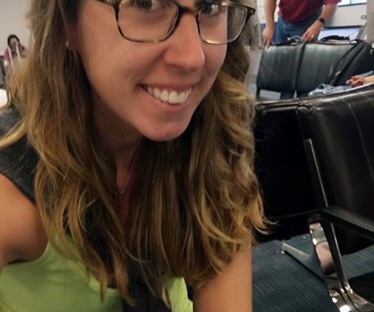 Feeling a whole lotta crazy as I sit here at the airport.  And not just because I’m traveling from Philly to DC to London to Lisbon.

I attended my cousin Caitlin’s wedding to her German man Derek this weekend and I don’t think I’ve ever been to a wedding where every single person was on the dance floor by the second song.  As my uncle put it “This family really needed a wedding.”   From the sick dance moves performed by my 16 year old cousin Mitch, to the ridiculous garter toss, to the moment when my cousins Ryan and Tyler walked their very proud Mama Suzanne down the aisle, to the series where all grandsons twirled my Nana around like she was a ballerina, it was a blast all around.

As Maid of Honor and a self-proclaimed badass, I gave a toast to the newlyweds.  And because I am so proud of Cait and Derek and the way they shared their love with me, I wanted to share my speech with you. 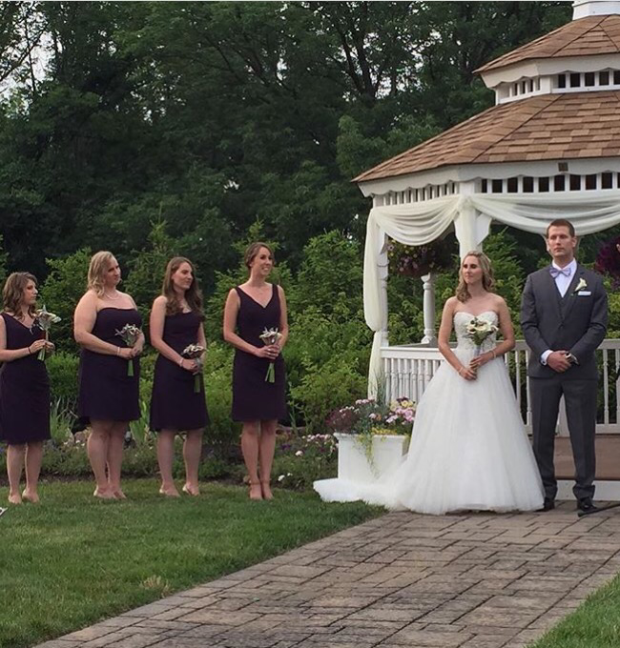 Welcome!  My name is Casey Carr-Jones and I am Maid of Honor and cousin of the bride.  On behalf of Caitlin and Derek, I’d like to thank you for attending this amazing celebration of their marriage!

I’ve known Caitlin since she was born, and in between the matching outfits and last minute sleepovers, we were fast and close friends.  A lot of my favorite memories with Caitlin are our time spent down the Jersey Shore in Stone Harbor, which is a place where Nana and Grandad have been taking our Moms since they were little.  The building where our families live is about a block away from the local fire department, which as you can imagine is quite busy during the summer with all the fireworks and barbeques.  Anytime someone called in to report a fire, the fire whistle sounded and the entire fleet of firetrucks would whizz off to attend to the fire (in many times would be a false alarm).

Now little Caitlin had an obsession with anything loud and obnoxious, and she quickly fell in love with the fire station.  Anytime the fire whistle went off, Caitlin would run to the corner, watch the fire trucks head out, and she would chase them to try and spy on the fire.  It doesn’t matter if it was 10am and we had just gotten to the beach, or 5pm during dinner, or even in the middle of the night.  If the whistle went off, she was running.

A lot of her other girl cousins started to join her on these sprints, myself included.  We would run to the fire (or non-fire), spy for a few minutes, and walk back.  It was on these walks that Caitlin and I would share details about the goings-on in our lives.  It was on one of these walks that Caitlin started talking to me about this guy named Derek.  Now, I had heard Derek’s name for several years because they were in the same friend circle, but this time it was a little different, more serious.  A big crush.  And then later that summer, the day they both left to attend separate colleges in fact, they started to date.

I, the well-meaning older cousin, tried to give Caitlin advice.  Don’t do it!  I said.  Definitely don’t go to college with a boyfriend.  It’ll never work out.

Now I ate my words continually during the course of your relationship and I have to say how happy I am that you two fought through a long distance relationship and have grown so much as a couple.

Caitlin, you are my best friend, my confidante and sidekick.  You are so patient, positive, silly, and go-with-the-flow.  You make it so easy to be your friend and you never have a bad word to say about anyone, except maybe Ryan or Tyler.  I am so thrilled that you met Derek and that you decided to spend the rest of your lives together.  Derek, you are so protective and sweet to Caitlin, and it’s almost unbearable how generous the both of you are to others and to eachother.

I know that when Caitlin gets up to do something spontaneous like chasing a fire truck, Derek is the kind of guy who will lace up his sneakers.  And if either of their sirens goes off in a time of need, I know the other will come running.
So I’d like to propose a toast: to Derek and Caitlin, to firetrucks and forever.
—

And now, airport FOMO has set in.  I mean REALLY set in.  Luckily, I was very busy with weddingness and a Stone Harbor, NJ vacation with my uber-awesome family so I hardly had time to keep up with emails and messages from my fellow Remote Year squad, but now I realize that everyone’s had one extra week.  One more week to bond. One more week to learn about each other. To explore Lisbon.  To take sweet Instagram photos with #nofilter.  I would never have missed this week for the world, but it’s still scary to rejoin a group that I only recently met.  I just hope that I can fit in as well as I *think* I did in Valencia.  Here goes nothing! 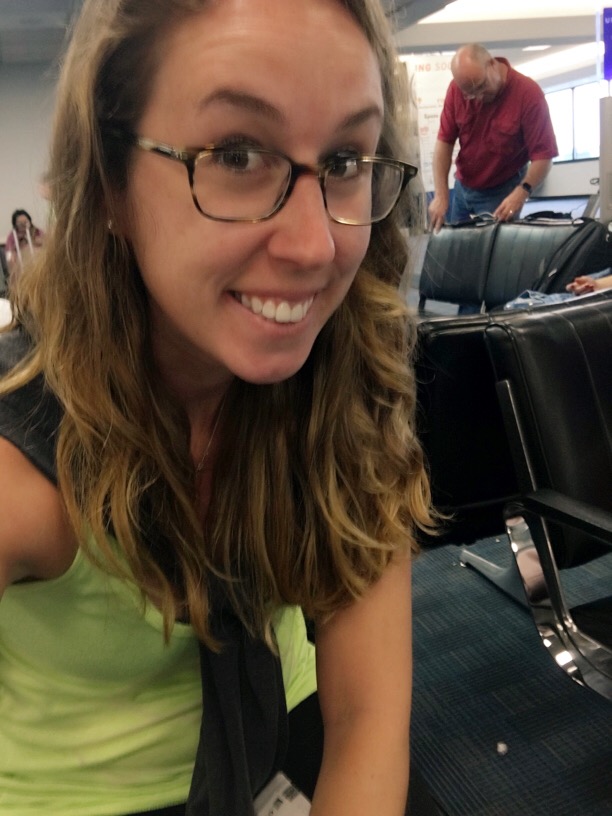 One thought on “A Wedding and FOMO”